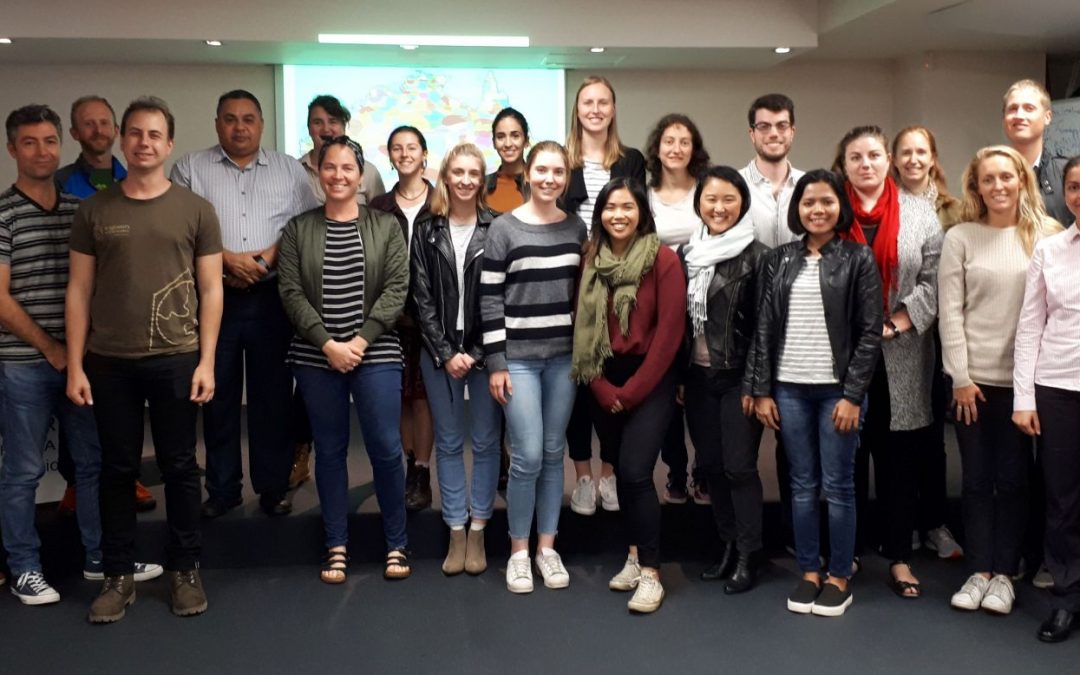 How far back to we need to go to understand the engineering solutions that have been applied to shape our landscape?  In Australia examples like the Brewarrina Fish Traps in South Western New South Wales, recognised by Engineers Australia as a heritage location and estimated to be over 40,000 year old, means we need to go further back than most people think.

To try to gain an understanding for these first engineers on the 6th of May, Engineers Without Borders and Engineers Australia hosted Cultural Awareness Training for our members and the wider engineering community. Thirty professionals and students took part in the training, which was run by the highly-regarded facilitator national Tom Kirk.

Through stories and discussion the day explored Aboriginal culture and history. Many of us were surprised to learn from Tom Kirk that some commonly-held stereotypes about Aboriginal culture may actually be more recent constructs, and are not reflective of the long history of Aboriginal people in Australia.  Tom also explained that there is a great diversity of Aboriginal language groups and cultural practices around the country.

The discussion got serious as the program focussed on the kinship structures that are central to Aboriginal cultures. Through a role play we had the opportunity to act out a marriage scenario, to help us to better understand the complexity and importance of family traditions within Aboriginal relationship structures. Then just as everyone was starting to get into the role play scenario,  Tom threw in a curve ball – deal with the impacts of colonisation such as forced migration, cultural oppression and the losses of land and more.  Through this scenario it immediately became clear that colonisation was a huge disruptor, and could destroy a family model, that for generations relied on structured movement of people between specific areas. Participants began to comprehend how challenging it is to maintain a strong culture after colonisation. It was a confronting activity, but effective. We all gained a greater appreciation of the complexity of the current, systemic challenges facing many communities, and the history underpinning them.

The training was an eye-opener, and we left with the knowledge that there is still a lot to learn about key historical drivers, social structures and current challenges. As Engineers, if we are to positively impact the Australian build form landscape, we must be aware of the diversity and complexity of the cultures that came before us.  After all, Aboriginal people lived sustainably in Australia with a community-centred mindset for tens of thousands of years. So can we not all learn something from their culture that helps us to be better engineers?

Engineers without Borders and Engineers Australia aims to continue to run Cultural Awareness at regular intervals and encourages all interested parties to attend.  Our next industry focussed session, with Engineers Australia is an introduction to Pro Bono Practices designed to inform and explore what it means to be a social change agent in the build form industry.  This will take place on the evening of the 22th of June 2017.

Further details of this two hour discussion can be found at:  https://www.ewb.org.au/events/75/12504.