In one of Cambodia’s provinces, Kampong Speu, the challenges around accessibility to safe water pose a different challenge due to drought brought on by climate change. This includes unpredictable delays in the arrival of rainfall in the early wet season, the amount of rainfall, and the duration of the wet season.

Pilot of appropriate technology to address sanitation in a challenging environment. The project aimed to determine how underground rainwater tanks can facilitate year-round access to households for domestic water use. The system developed is based on traditional collection and storage methods combined with a modern risk management approach.

In many areas throughout Cambodia there are no safe water supplies. The surface water is contaminated, and the groundwater is not easily accessible everywhere, or is unsuitable for drinking, due to contaminants such as arsenic. According to Chray Pom, a Ministry of Rural Department development director, half of Cambodia’s rural population, more than six million people, still lack clean water.

The Royal University of Phnom Penh undertook a study analysing social vulnerability to climate change in the Kampong Speu province. The study indicated that drought was the most severe hazard from 1999 to 2011 because it occurred in both the low land and upland areas of the Kampong Speu Province.

Among the 420 communities affected by the drought in 2002, Kampong Speu province was the most severely affected. Significant drought and rain scarcity has greatly reduced agricultural production, which in turn has affected food security. It has a negative impact on farmers’ livelihoods – affecting health and providing fewer opportunities to generate income, as the environment is not abundant in natural resources.

Significant drought does not solely affect farmers, it also has an impact on families, women and children. Results from the study show that women were more vulnerable to extreme climate hazards due to their high workload and increased susceptibility to health problems, along with a lessened opportunity for education. The journey for the women – who are mostly charged with collecting water – is further afield, and is hot, long and arduous.

RWC, established in 2003, is managed by a dynamic group of Cambodian people and has received technical support from EWB. RWC focuses on Water, Sanitation and Hygiene improvement and has much experience in this sector. A key area of expertise for RWC is rainwater harvesting for households, schools and health clinics, which provided a perfect partnership for this project.

A team of local university students took part in the RainWater Cambodia Design Challenge, with this core challenge as their brief. It is one of many projects where EWB engages with students to develop their human-centred design thinking approach, to provide practical experience in the development of real-world solutions. When one of these projects gets the green light to be taken forward into piloting and possibly implementation, it is an incredibly exciting day – and that’s exactly what happened with some of the students who took part in this Challenge.

EWB commissioned RWC to undertake a pilot project designing and constructing underground rainwater tanks. This pilot aimed to determine how underground rainwater tanks can facilitate year-round access to households for domestic water use. The system developed is based on traditional collection and storage methods combined with a modern risk management approach, with the aim to provide a safe, sustainable water supply for year-round consumption. When water supply for family needs is assured, additional methods for water collection can then be further explored for agricultural use. The underground rainwater tank uses local materials such as wood, bamboo, a hand pump and low-density polyethylene (LDPE) in its construction. The ability to access local materials and supplies is critical to the success of this project and to ensure the system is easily maintained into the future.

The pilot was successfully completed early in 2019, and EWB and RWC are now seeking funding to provide underground rainwater tanks to more families in Kampong Speu. This is a very exciting project and great example of EWB Australia’s leadership approach for collective action. 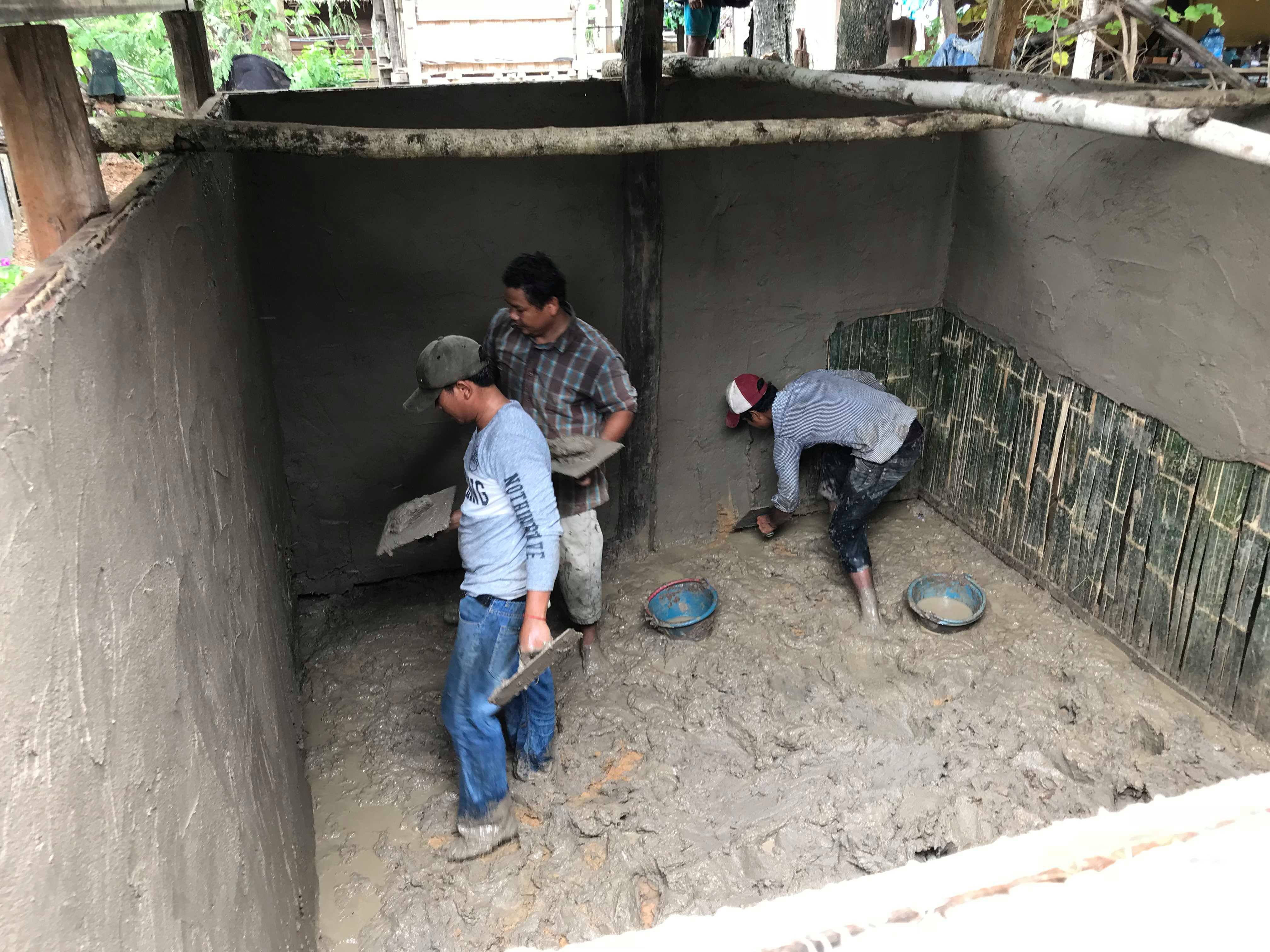 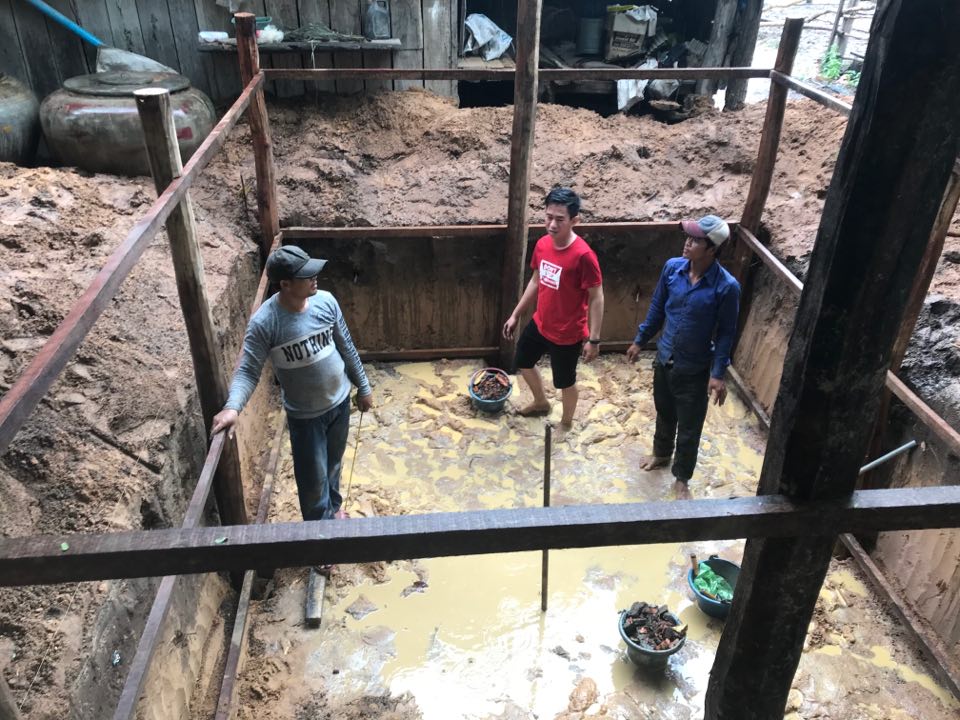 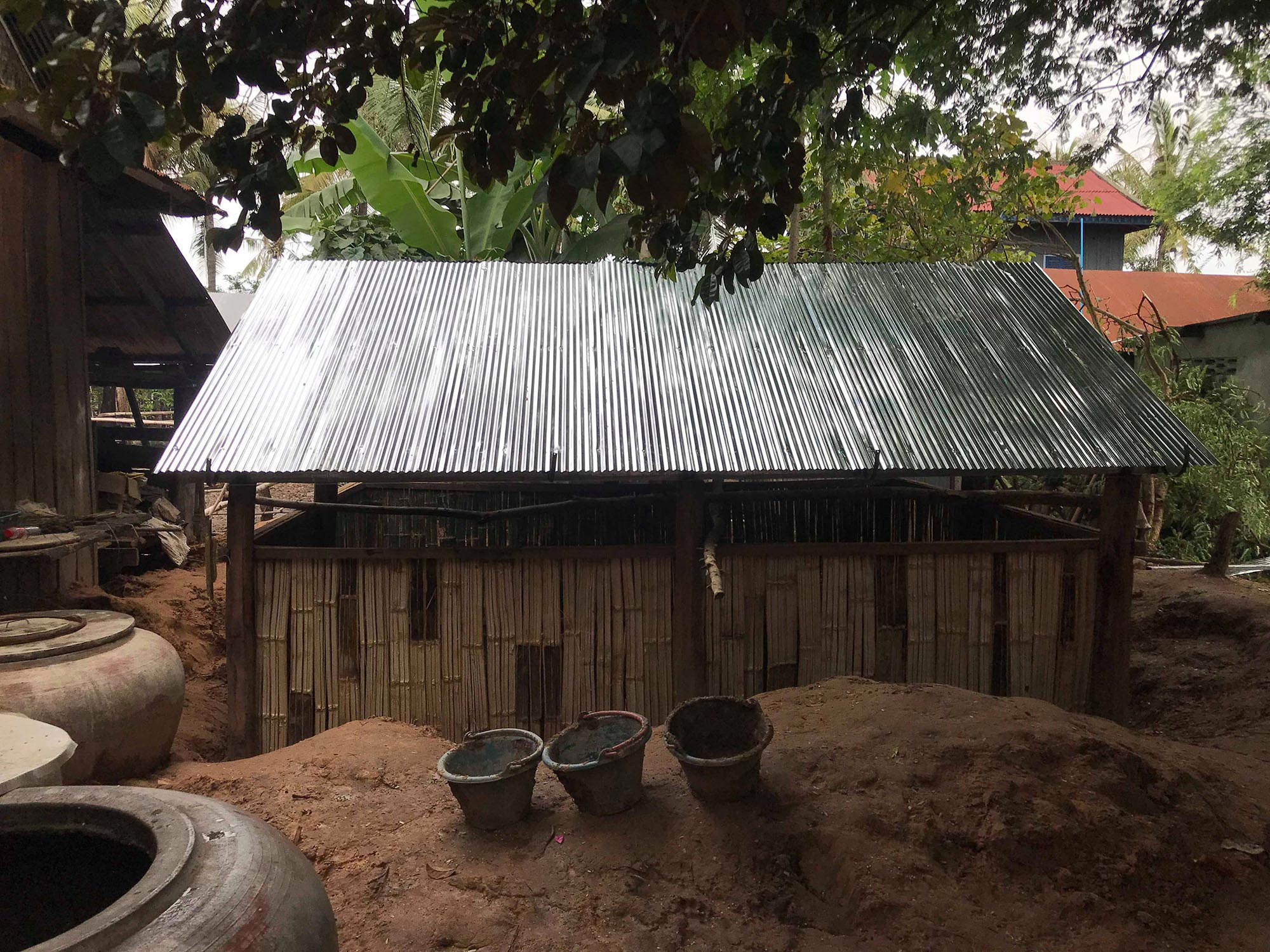 Supported by ANCP and Australia Aid